The Keyboard in London

The Keyboard Kids
We (Mike Lurie, Greg Dunbar, Lauren Buono, Shawn Riley & Bryn Coveney) are a group of students studying abroad in London for the semester from Ithaca College in Ithaca, New York. This blog is to document our class experiences in "The Keyboard and it's Role in London Society" course, which is being taught by Diane Birr at the Ithaca College London Center, in South Kensington. Our studies focus on keyboard instruments (the Virginal, Harpsichord, Pianoforte, Piano, Organ, Electronic keyboard) and explore how these instruments are historically interwoven with the personal and social fabric of London society.

A Big Round of Applause goes to...

All the members of the Spring 2008 "Keyboard in London" class would like to offer their heartiest thanks to Director Bill Sheasgreen and the Ithaca College London Center for their incredible support of our trips to concerts and additional venues. It has been a wonderful experience. Thank you, Bill!
Posted by The Keyboard Kids at 12:11 No comments:

The Decoration of Harpsichords, Clavichords, and Virginals

Instruments have long been used as forms of artwork.  In Europe, keyboards were very similar to ornate pieces of furniture, with lavish paintings and embellishments both outside and inside their cases.  Styles of decoration varied from country to country due to changes in taste and fashion.
Italy
Italian keyboard instruments tended to be very plain; the instrument itself would typically be of unpainted cypress wood.  The cases for the keyboards (as these instruments were often small enough and portable and thus needed a case to be held in) were little more decorated; sometimes they would be covered in plain leather, or more rarely, cloth; occasionally they were painted a solid colour.
Low Countries
Keyboards from the Netherlands were far more ornate than their Italian counterparts.  They tended to be painted both inside and out.  Ruckers instruments were decorated in a very specific way; they would be lined with white paper, which was then embossed with black ink.  (Today, the paper appears yellow and the ink green from age.)  The soundboards typically featured images of flowers, tulips, birds, and prawns. 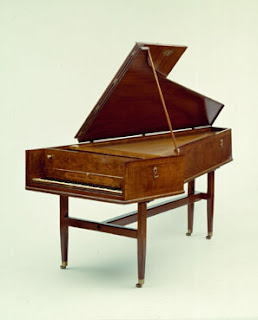 England
English keyboards are in a class of their own.  It is rare to find a painted harpsichord or clavichord; rather, the decoration of instruments in this country is in the selection of woods and the use of marquetry (wood inlay). Typical woods chosen for these instruments are oak, maple, sandlewood, and walnut.
France
Instruments from France were very lavishly decorated in the 1700s.  They featured paintings both underneath the lid of the instrument, as well as in panels along the sides. They were also be painted in either a solid colour or a marbled pattern.  Their soundboards featured flowers, birds, and fruit.
Germany
German instruments began very crudely; in the 1600s, it was rare to find any keyboard instruments with any sort of decoration, but the few that did would have a single painting on the inside, typically of a mythological or biblical scene.  In the 1700s, instruments began to be painted (solid, marbled, or tortoiseshell patterns), and featured paintings of better quality with the same subjects as previously, though Chinese scenes were popular as well.
Roses
One feature that is common among all of these instruments is the Rose.  It is typically found on the soundboard of the instrument, and is a way for the manufacturer of the instrument to both sign his name and sometimes date the instrument as well.  Roses were constructed out of either cypress and paper, leather, or metal. 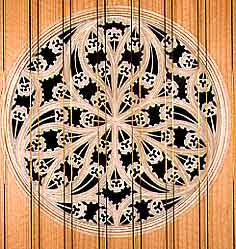 Information provided by Bryn
Posted by The Keyboard Kids at 03:35 1 comment:

20th Century Music
Twentieth-century music broke away from conventional theory in almost every aspect. Melodies were no longer tonal.  Instead, they were many times quite elusive and could not easily be sung.  Rhythms were irregular and unpredictable.  Polyrhythms were included and can be likened to cross rhythms that previous composers, such as Brahms, used.  Chord structures are never fundamental as in previous music.  Polychords, tonal clusters, and chords based on fourths are frequently used.  Dissonance became a key factor in 20th-century music and was used to create unexpected endings, and on the whole, made the music sound more mystifying or fantasy-like.  Most importantly was the change and experimentation with tone color.  New colors were added by breaking away from traditional instrumentation, exploring new instrumental techniques, and at times, incorporating multiple percussion sounds.  All of these factors created mood and variety, yet contributed to continuity in the music.  During the 20th century, many English composers incorporated these techniques in their works.  A selection of some of England's most important 20th-century composers follow.
Ralph Vaughn-Williams (1872-1958) 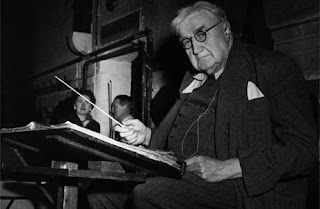 • Composer, arranger, conductor
• Born in Gloucestershire, died in London
& is buried in Westminster Abbey
• Considered the greatest English composer since Purcell
• Studied at Trinity College, Cambridge
• Later he studied at RCM & eventually became
a professor there
• He possessed a deep love for folk-songs and carols
• His music has a great deal of power, nobility, and
expressiveness, considered very "English" sounding
Frank Bridge (1879-1941) 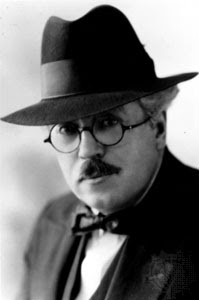 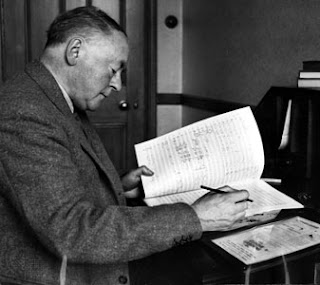 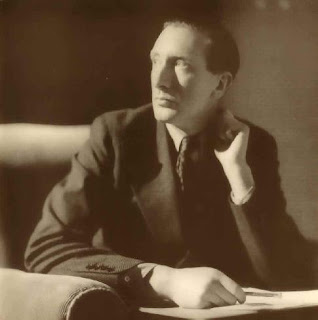 • Composer, arranger, conductor
• Born in Lancashire to a musical family,
• Died in Ischia, Italy
• Was a chorister at Oxford
• Left Oxford without a degree & went to London to live
with a family of poets
• Viola concerto premiered by Hindemith, Cello Suites 1-3
premiered by Rostropovich
• Crown Imperial for Kind George VI
• Growing popularity in England until Britten
Benjamin Britten (1913-1976) 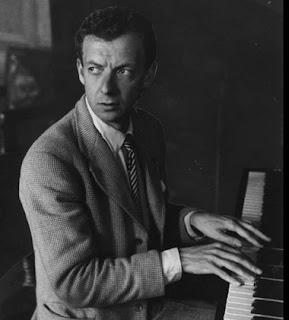 • Composer, conductor, pianist
• Born in Lowestoft in Suffolk & died in Aldeburgh
• Composed since 5, studied with Bridge at 11, where he was
introduced to Bartok and Schoenberg), then went for
further studies at RCM
• Wrote many operas, the most popular is Peter Grimes
• Received many awards including the Companion of
Honour in 1952, and became a member of the Order of
Merit in 1965
• Performed with and composed several works for his
friend and partner, tenor Peter Pears
• He, along with Pears and Eric Crozier, founded the
Aldeburgh Festival
Information provided by Lauren
Posted by The Keyboard Kids at 12:23 1 comment:

The Clavioline was the first electronic keyboard available for mass production.  Developed in 1947 by Constant Martin in Versailles, France, this versatile keyboard had success in the early 1950’s in the UK under the Selmer Company.  Originally designed to be bolted under a piano and imitate a variety of instruments found in an orchestra, the Clavioline soon became popular as its own unique instrument.  It has been used on a variety of hit songs, from the Tornados’ “Telstar” released in 1962 (the first UK song to hit #1 on US charts) to “Baby, You’re a Rich Man” by the Beatles, included on their “Yellow Submarine” album.
Features of the Clavioline:
• 36 “higher-priority” keys (meaning it is monophonic) and if two keys are pressed at once, you’ll only hear the higher one.
• Volume/expression control lever under the keyboard that players squeeze sideways with their leg to increase the volume.
• 18 switches called “stops” (tribute to the older days of keyboards) on the front of the instrument.  There are 14 tone modifiers, numbered 1-9 and lettered O, B, V, P and F. To the left of them are three vibrato switches (I, II, III) ranging in speed with an amplitude switch to affect the depth of each one.
• Octave slider connected to jutting metal rods can be pushed left or right to expand the range an octave lower or higher, giving the keyboard five total.

Selmer offered a table explaining the various instrumental sounds that can be produced when certain switches are pushed.  The 'Range' category refers to what mode the octave switch should be on (Low, Medium or High).  You can view the table and find more information on the Clavioline here.  The standard Clavioline, known as the Auditorium Model under Selmer, hit the UK market in 1951 and sold over 15,000 units.
Today, Clavioline enthusiasts will find more pleasure in collecting the instruments rather than playing them regularly, for many have found trouble with keys breaking, dead notes and swollen or burnt out capacitors and resistors.  Despite the issues, their history as setting the standard for a wealth of synthetic sound make them worth any keyboardists’ time to restore and keep forever.
Information provided by Mike
Posted by The Keyboard Kids at 09:56 1 comment: 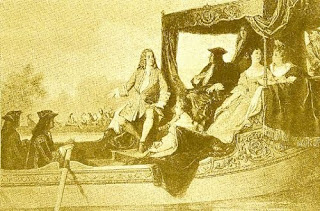 George Frederic Handel was born in on February 23, 1685 and died in on April 14, 1759.  Even though he was of German birth, he had a huge influence in music in and is actually considered an “English composer.”  He has many great works that are timeless, but probably the best known is the “Messiah.”  One of the most famous of Handel's works is, of course, "Water Music."  It's an orchestral suite first performed on July 17, 1717 to accompany a trip on the River Thames made by King George I and his entourage, and shows Handel's great loyalty to the king.  This river trip, which was avoided by the Prince and Princess Caroline, was a political event, and the first of a series arranged to allow the king to be more visible to his subjects.

Information provided by Shawn
Posted by The Keyboard Kids at 00:57 No comments: 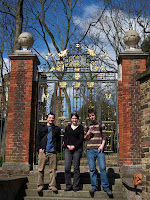 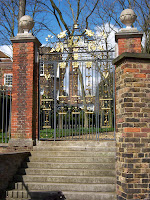 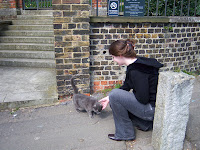 The Fenton House is one of the largest and earliest houses in Hampstead.  The house was built in about 1686 by William Eades, son of a master brick layer.  The house's previous owners included Thomas Sympson, Joshua Gee, and Phillip Fenton, from whom the house gets it name. Fenton House is surrounded by rose, kitchen, and vegetable gardens.  There is even an apple orchard.  More importantly, within the house there are collections of early keyboards, porcelain, engravings, paintings, Georgian furniture, and 17th-century needlework pictures.
The collection of early keyboards was started by Major Benton Fletcher (1866-1944) and was sold to the National Trust in 1934.  Fletcher began the collection due to his desire to preserve these works of art, as well as stressing the importance of maintaining the instruments.  The 19 instruments on display are all in playing order and any musician, no matter what age, may play them, though it does require an audition.  The collection contains harpsichords, spinets, virginals, pianos, and clavichords by makers including Shudi, Broadwood, Ruckers, Kirckman, Dolmetsch, Backers and Longman & Broderip.
"We took a tour of the keyboards by Mimi Waitzman, a short sweet woman, whose love and incredible knowledge of the instruments made for a wonderful experience. Some of my favorite instruments were the Siculus Spinet, one of only two surviving, the English virginal made to look like a chest, and the Shudi Harpichord with a flap mechanism [Venetian Swell] over the soundboard to create a crescendo and diminuendo effect."
--Lauren

"I loved the virginal in the closet for its shockingly loud and bright sound. I was expecting something like a clavichord's barely audible tones, but found nothing of the sort. The 17th Century English virginal also caught my ears, but mostly my eyes for the exquisite painting and design."
--Mike
Posted by The Keyboard Kids at 06:17 No comments: 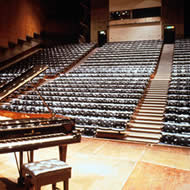 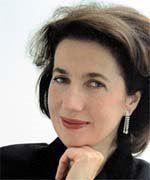 TUESDAY, 15 APRIL 2008
Queen Elizabeth Hall
Southbank Center
Imogen Cooper, piano
This is the class' second appearance on London's Southbank Centre.  We attended a concert featuring the British pianist Imogen Cooper playing works by Schubert.  This recital was the first in a cycle of four Schubert programs Cooper is presenting this year and next at Southbank. Queen Elizabeth Hall was built in 1951 and includes not only QE Hall, but also the Purcell Room, an intimate recital space, as well as The Front Room, which many times hosts free pre-concert lectures or performances by some of the concert artists.

"Imogen was swift, nearly flawless and professional. What I was drew me in the most was her facial expressions throughout the performance. She would lean back, smile, mouth words in silence and keep her eyes closed, all while dazzling the audience with her keystrokes."
--Mike
"Cooper's animated hand motions included a captivating element that has been present in very few of the other performances."
--Greg
For additional information on Imogen Cooper, click here
Posted by The Keyboard Kids at 12:17 No comments: